Nikki Tamboli born on 21 August 1996 (Age:- 24 Years, as in 2020) in Aurangabad, Maharashtra, India is an Indian actress and model mainly works in Tamil and Telugu language films. She made her acting debut with Telugu movie Chikati Gadilo Chithakotudu (2019). In 2020, She participated in Bigg Boss 14 as a contestant.

She was born into a Christian family in Aurangabad, Maharashtra. Her father’s name is Digambar Tamboli a sales executive at HDFC bank and mother’s name is Pramila Bodhke Tamboli. Nikki Tamboli is rumoured to be in a relationship with Rohit Gida (a Disc-jockey). 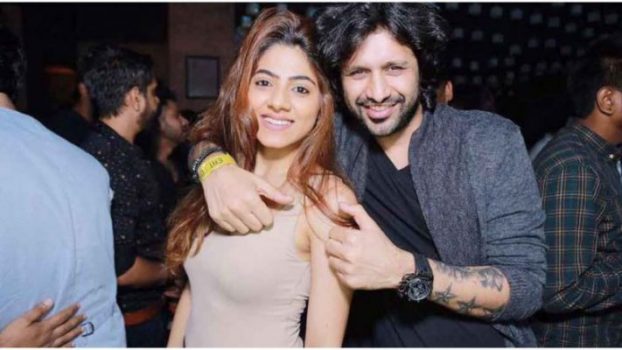 She began her career as a model in Tv commercials of various brands like Stalkbuylove, Shein etc. She made her acting debut with Telugu movie Chikati Gadilo Chithakotudu (2019) along with Adith Arun. Nikki has been appreciated for her performance in the movie. The same year she also featured in movies like, Kanchan 3 and Thippara Meesam. In 2020, She participated in Bigg Boss 14 as a contestant.

Some fact about Nikki Tamboli

Nikki Tamboli is an Indian model and actress who has predominantly worked in the South Indian film industry. She began her acting career with the Telugu movie, Chikati Gadilo Chithakotudu (2019). She has also appeared in the commercials of various brands, like Shein, Stalkbuylove, etc.

Nikki Tamboli completed her schooling and graduation in Aurangabad, Maharashtra, and then she went on to pursue a career in modelling.

Nikki Tamboli is an animal lover. She also posted a picture on her Instagram account in which she was kissing a dolphin, with a caption, “People who love animals are my favourite kinda people”

In 2020, Nikki Tamboli appeared on the show Bigg Boss 14, an Indian reality television game show, as a contestant.